Phoenix's nieces and nephews (from his sister Cayenne's litter) took a field trip recently. Breeder Catherine took them to visit Lowe's. Apparently Lowe's is very dog-friendly. Or maybe it's just this Lowe's. Or maybe it's a west coast thing.

Anyway here they are. Dang, they are adorable. And YES, it made me want one in a major way. But no. Not yet. Not for a very long yet.

The puppies rode around in carts and met people and had a grand time. 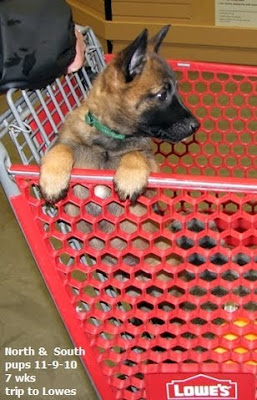 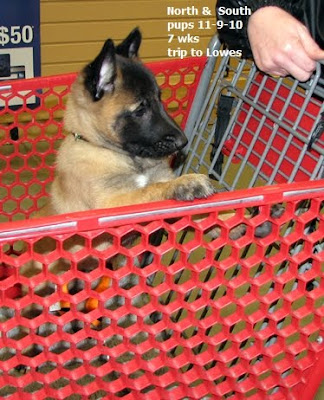 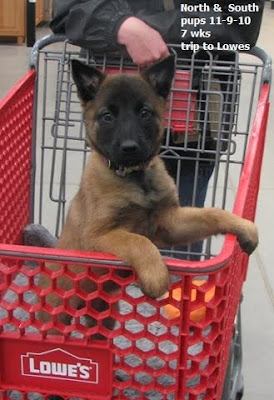 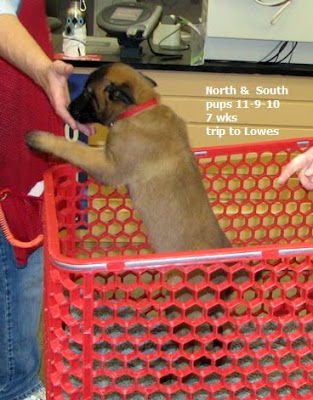 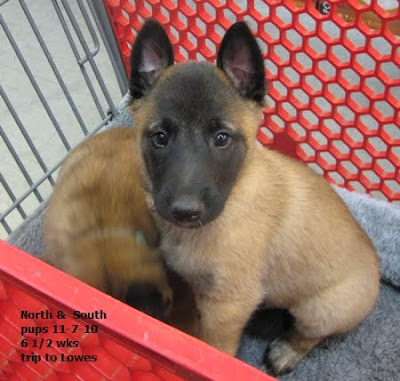 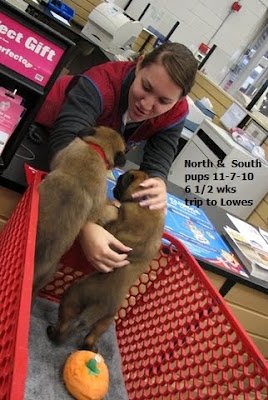 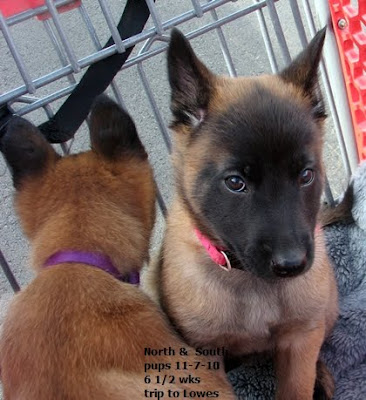 In case you're wondering about the North and South litter theme, they are a dual-sired litter. One papa dog is from the north, the other from the south. Catherine will DNA test to determine who's your papa.

Thanks Catherine/Carousel Malinois for the pics!
Posted by tervnmal at Tuesday, November 16, 2010